There’s another new test on the horizon that claims to help diagnose cognitive decline in its earliest stages, before severe memory loss takes hold.

This minimally invasive and inexpensive blood test was developed by a pioneering team of researchers in Germany.

Unlike other diagnostic tests, it’s not specific to uncovering any single neurodegenerative disease but instead measures the brain’s overall cognitive health. Therefore, it can not only help detect whether someone is at risk of cognitive impairment but also provides a potential target for drug therapy.

MicroRNAs encompass a family of molecules found in the cells and blood that help cells control the proteins they make. These are key functions that influence complex processes throughout the body.

Scientists at the University Medical Center, Göttingen, together with various university hospitals across Germany, have been exploring the role of microRNAs in the brain, carrying out extensive studies in cell cultures, mice, and humans.

They ultimately identified three microRNAs whose levels in the blood were linked to cognitive performance. 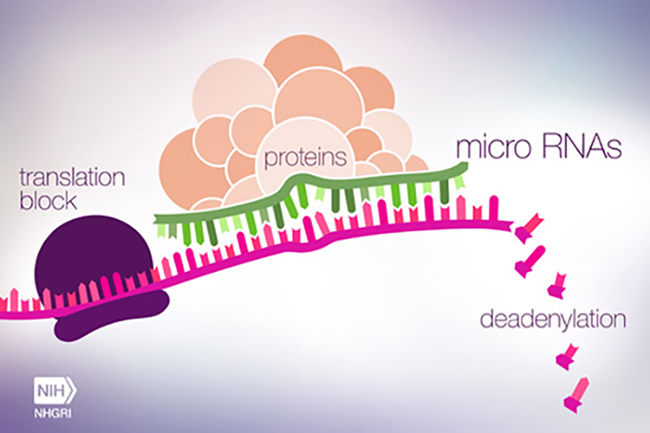 In their laboratory culture and mice studies they found these three microRNAs influenced inflammatory processes in the brain, and its plasticity – the ability of neurons to adapt, reorganize and make new connections.

Changes in these microRNAs can therefore reflect multiple yet interdependent key processes linked to cognitive function and decline.

In cognitive tests given to healthy adults, those with low blood levels of these molecules performed better. In mice, these levels increased even before mental decline set in, whether this was due to advanced age or because they developed Alzheimer’s-like symptoms is not yet known.

Additional evidence for the value of this blood marker came from patients with mild cognitive impairment (MCI). In those with highly elevated levels, nearly 90% developed Alzheimer’s disease within two years.

Professor André Fischer, who led the research, said that increased levels are “a harbinger of dementia,” and estimates that “in humans this biomarker indicates a development that is about two to five years in the future.”

He also believes microRNA’s influence on inflammation and plasticity suggests these molecules do much more than act as warning signals. This is why professor Fischer believes they might be important in the successful treatment of dementia.

“Indeed, we see in mice that learning ability improves when these microRNAs are blocked with drugs. We’ve observed this in mice with age-related mental deficits as well as in mice with brain damage similar to that occurring in Alzheimer’s disease.”

In their paper published in the journal EMBO Molecular Medicine, the researchers wrote that their data provides “unprecedented evidence” for the validity of this biomarker to “inform about the cognitive status and to help detect individuals at risk for pathological memory impairment.”

The marker requires further testing, but assuming these are successful, professor Fischer explains, “we intend to develop a simple test procedure for point-of-care screening. Our goal is to have a low-cost test similar to the rapid test for SARS-Cov-2 [COVID-19] with the difference that for our purposes you would need a drop of blood.

“Such a test could be used during routine checkups in doctors’ practices to detect an elevated risk of dementia early on. Individuals with suspicious results could then undergo more elaborate diagnostics.”

Cocktail Party Effect Could Be An Early Sign of Dementia

This is a standard cookie notice which you can easily adapt or disable as you like in the admin. We use cookies to ensure that we give you the best experience on our website.